I now have two more cancer related procedures under my belt and a new piece of plasticware in my body. Last week I had the IVC filter (aka the clot catcher) removed and a second chemo port inserted in my upper chest. Neither procedure was necessarily painful, but both were certainly uncomfortable and strange.

It was a very long day. My son and his girlfriend brought me to the hospital at 10:00am. We waited afterwards in the waiting room until 12:15pm, waited in the pre-op room until 3:00pm, and I was brought back to the room at 6:00pm. After recovering from the sedation for about an hour and eating a sandwich and chips, I got home around 7:30pm. Apparently Mondays are their busiest day and they had had no cancellations, like they usually did.

The nicest thing was seeing one of the two guys and the beautiful Kenyan woman who were there when the IVC filter was first inserted the night before surgery. J, the missing participant, called in sick that day. Having the same people there really helped make the procedure less scary. Amazingly, the nurse who was in charge of me during the procedures also knew one of the women in my running group. He mentioned Kim who was “always running crazy distances.” I asked if her last name was _____, and he couldn’t believe I knew her. It’s definitely a small world.

By the time I got to the room I was very tired of being on my back. I always sleep on my side and have never been able to get comfortable on my back. When they wheeled me into the room and closed the door to surgery, the door popped back open on its own. This happened over and over. The doctors scrambled and tried to barricade it with surgical equipment from the room, but the door wouldn’t hold. My nurse, A, would very calmly move the equipment the impatient doctors tried to jimmy-rig and calmly tell everyone that maintenance would be there soon and they would have to move it anyway. Then another doctor would get antsy to get started and move something else in front of the door, and A would very calmly move it once again. Over and over.

A maintenance guy finally came and unscrewed the hinge so they could open and close the door manually. Apparently there had been an override button that had been removed very recently that would have solved the problem from the beginning.

All of this took a full hour, and I was on my back on the hard, plastic bed the entire time.

Finally the doctors could get started with the first procedure: removal of the IVC filter. W, the Kenyan princess, swabbed my neck and chest with antiseptic and the “conscious sedation” was begun. I was told to turn my head to the left and not move, and a large paper sheet was put over my face and head. They made sure to tie it up in front of my face because I’m  a little claustrophobic.

I had to wonder who was in charge of the music in the room. It was definitely some sort of classic mix, and there was a lot of Gordon Lightfoot and John Denver. Being a former JD groupie in junior high, I kind of liked it. Since I was already under sedation, I remember babbling to the doctors and nurses about how much my tough, inner city fifth grade students loved John Denver songs, especially “Take Me Home, Country Roads.” S said he didn’t think he’d ever even heard that song. (Really? Am I really that old?) I think the doctors thought I was a little weird, but I’m sure they’ve heard worse from patients under sedation.

After my embarrassing display of John Denver nerdiness, the doctors were on a mission to get started and GO HOME. I understood. It had been a long day and I was the last procedure of the day.

I just wanted off that uncomfortable table.

First I was given shots of Lidocaine, which hurts and burns a lot, to deaden the area on my neck. The procedure to remove the filter lasted about an hour and they even showed me what it looked like, dripping with blood, after they took it out. Pretty cool stuff. I asked if I could take it home but they wouldn’t let me. Liability issues.

After that they put in the port. Both procedures involve making a hole in the side of my neck and accessing a vein. For the IVC filter they sent down a wire into a vein in the middle of my chest, where the filter was previously placed, and they grabbed the little hook on the top and just pulled it out. It took a few tries (remember, they are leaning right over my right ear the entire time and I heard everything they said, every “ugh,” “aw,” and sigh).

Inserting a port seemed a little more involved and was a little more uncomfortable. After inserting a tube into a vein going up my upper right chest, that then goes down to the top of my heart, they made a small pocket below that in my chest and slid in the plastic port. Now all my chemo meds can be accessed through this port rather than having to have an IV each time.

I was glad when both procedures were done and I could go home. I didn’t realize how much I had been dreading the procedures.

A few hours later, at home, I looked at myself in the mirror and was aghast to see blue lines all over my neck, chest, and right shoulder. It looked like my veins had exploded. 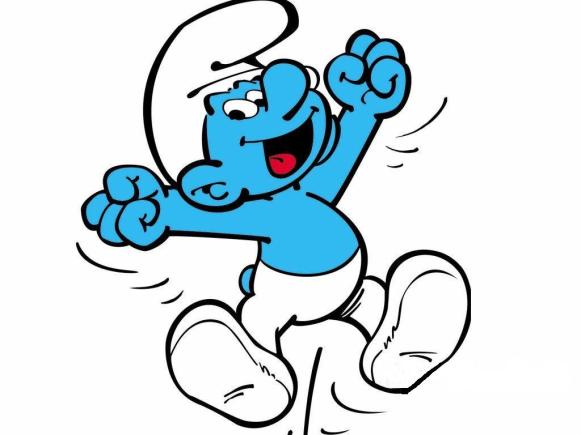 I thought maybe it was the contrast they had used for the x-rays. Then I got a little worried. I went online to do some super-sleuthing, but all I could find was something about calling the doctor if your lips and fingernails turned blue. Nails and lips were good. Skin, not so much.

I debated calling the on-call doctor. I felt okay. Nothing hurt. I decided to sit on the couch and do nothing.

Suddenly I had a thought. I went to the bathroom and wet some toilet paper. It was on my skin. The blue stuff was left over from when W had washed me down with antiseptic.

It all came off. I felt like the world’s biggest idiot.

I blame it on the sedation.